Chris Deiuchie  checked out our Stargate. He was quiet impressed. Chris was one of the Computer VFX guys on SG1, SGA, and SGU. He helped develop the blue aliens called the Nakai on SGU. He signed the Stargate as well.

Our Display At Kelowna Comic and Collectibles - 2017 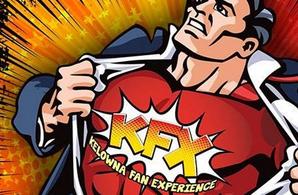 It was cool that both Crystal Lowe and Jorge Vargas were at the Kelowna Comic Con by accident and that both were in the Stargate SG1 episode “Emancipation” and also played boyfriend/girlfriend in the episode. It was like a family reunion. It was nice they signed the Stargate next to each other for us. We actually have his screen used hat in our collection

Jorge Vargas who played “Abu” in the episode “Emancipation” on Stargate SG1. He liked the Stargate too and had to get his picture with it and sign as well. Really great guy. Got to hang with him a bit and he told us some behind the scenes stuff....FYI next time you watch him on Stargate the pain of the dog bite is real (((OUCH)))

Bob Kay, who was a production Assistant on the show, just had to check the gate out. He loved it. There was no doubt. Bob also worked on The X Files, The Sentinel and other TV shows. He gave us the Stargate Atlantis script in our prop collection.

Brad Collis who was a crew member on the show also stopped by. He said it brought back memories of the actual Stargate

Video's Of Our Convention Display

Mark Meer just had to check our Stargate and our screen used “Walking Dead” screen used costume display. Mark did the One Man Walking Dead play (which was AWESOME) and who is well known for his voice of the player character, Commander Shepard in the video game Mass Effect as well as many other video games. He also played a Romulan on the Star Trek Continues series episode “To Boldly Go: Part I”. Mark is an amazing actor and an awesome guy !!!

This was a few years ago. I met and chatted with John de Lancie and he autographed a Star Trek Tie for me

Actual The Walking Dead Actors Checking Out Our "Zombie Apocalypse" - 2018 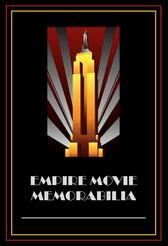 The following are events we are book to attend so far........see you there

Met and chatted with Mark Meer  played a Romulan on the Star Trek Continues series episode “To Boldly Go: Part I”

We had an amazing visit from Paul McGillion who Played "Dr Carson Beckett"  on Stargate Atlantis and Ernest Littlefield on SG1. His exact word were the Stargate is "Amazing. He was gracious and signed the Stargate and do a great video with us.

And the surprises just kept coming. Even though they weren't on the show Star Trek stars Denise Crosby (Tasha Yar : Star Trek - TNG) and Chase Masterson ("Leeta" : Star Trek DS9) had to stop by and check out the Stargate

Tara Strong who is well know for her amazing voice roles include animated series such as Rugrats, The Powerpuff Girls, The Fairly OddParents, Drawn Together, Ben 10, Chowder, Teen Titans and its spin-off Teen Titans Go!, DC Super Hero Girls and My Little Pony: Friendship Is Magic and many many more, stopped by our Stargate and fell in love with it !!!. Tara is an amazing and wonderful lady !!

Met and chatted with Denise Crosby from Star Trek - TNG. She signed a phaser and my Star Trek officer shirt for me.

Met and chatted with Garrett Wang from Star Trek - Voyager. He signed a phaser and my Star Trek officer shirt for me. We did a bit of role playing LOL

Over 4000 people stopped by to check out our display

Met and chatted with Chase Masterson from Star Trek - DS9. She signed a tricorder and my Star Trek officer shirt for me.

Over 4000 people stopped by to check out our display

We had another Stargate actor give us a surprise visit. Kirby Morrow played a Militia Man and Tara'c on Stargate SG-1 and played Captain Dave Kleinman on 8 episodes of Stargate Atlantis. He loved the Stargate and signed it for us as well. He is a fellow Kelowanian like us

Chevron 1 Encoded....... We had an amazing weekend at the Kelowna Fan Experience. Gary Jones who played CMSgt. Walter Harriman in Stargate SG1 joined us for the event. I was worried what he was going to think of our Stargate as he sat infront of the actual one for 10 years. To my relief he thought it was amazing. He said our display was "World Class". Gary is an amazing actor and a truly great down to earth guy.

Martin Peterson also stopped by to check out the Stargate and was impressed too. Gave us the thumbs up. He played a extra on SGU ( The Hunt - sixteenth episode of the second season). He too signed the Stargate.

The day was full of surpises. We had Aaron Harrison, who helped make the armor on Stargate SG1, stop by. Aaron owns Harrison Production & Design and is an awesome special props designer. Of course he had to check out our screen used Jaffa armor suit and he signed the Stargate.

We had a pleasant surprise of having Sean Rogerson who played "Nevik" on Stargate Atlantis stop by to say hi. He said he was impressed with the Stargate. He was gracious and signed the Stargate.

We even had Canada's finest, The British Columbia Dragoons (BCD) armoured reserve unit, stop by the Stargate to assist us on a mission. We gated to P2X-555. Locked and loaded !!!

Our Displays At 2 Shows for Westbank First Nation in 2018

Richard had a private investigating and security officer business with over 40 private investigators and security officers that was in operation for over 5 years. During that time his company did security for TV and movie companies when filming in Saskatoon. In 2002 he provided security for the TV series "Body and Soul" staring  Peter Strauss, Larissa Laskin and Currie Grahamas with guest stars such as Pat Morita (Karate Kid) , John Ashton (Beverly Hills Cop) Brian McNamara (Short Circuit) William B. Davis (X Files) just to name a few. Also for the movie Ghost.com and a few other small films

Over 2500 people stopped by to check out our display 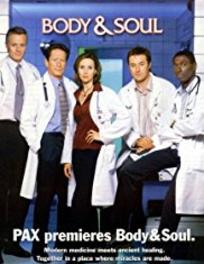 He may not have been an actor on The Walking Dead but this guy is The Zombie King “Arthur Suydam” . He is famous for his “Marvel Zombie” series and his work on the “The Walking Dead” comics and just had to stop by and check out our life size moving and moaning zombie display with actual screen used zombie outfits used on the Walking Dead TV show. He liked it so much he signed our zombie door busting display. We got to hang with him all weekend and chat. Amazing artist and great guy!! 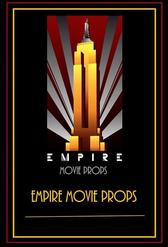 Catherine Lough Haggquist stopped by to check out the Stargate. Made her feel like she was right back on the SG1 set. She is a wonderful lady and an amazing actress. Catherine played Tech Sgt Birkel on SG1 (Prometheus - eleventh episode of the sixth season) and played "Mary" on SGU (Sabotage - sixteenth episode of the first season). She graciously signed the gate for us.

Over 1000 people stopped by to check out our display

Denise also had to check out our Zombie Apocalypse display we had at Kelowna Comic Con as she played "Mary" on The Walking Dead TV show. Her exact words were "This is so awesome". She got a little scared as she said they reminded her of the Zombies from the show. She was so nice and signed our display

Actual The Walking Dead Actors Checking Out Our "Zombie Apocalypse" - 2019